Frank Lloyd Wright is one of America’s greatest architects. He created more than 800 designs during his career, at least 400 of which were built. Along with Le Corbusier and Ludwig Mies van der Rohe, he is considered one of the three great pioneers of 20th century modern architecture.

Wright was born in 1867 in Wisconsin. After working under Louis Sullivan of the Chicago School, he established his own practice in 1893 and began making a name for himself. Architecture at the time was dominated by modernist styles that emphasized function and rationality. But Wright believed that architecture should be in harmony with its natural surroundings and should provide a rich sense of humanity—a concept he promoted as “organic architecture”. Among his many notable works are Fallingwater (the Kaufmann residence) and the Solomon R. Guggenheim Museum.

Wright came to Japan several times and was a keen collector of Japanese ukiyo-e wood block prints. He designed Yamamura House (Yodoko Guest House) in 1918, while in Japan overseeing construction of his design for the Imperial Hotel in Tokyo. While most of Wright’s works were built in the U.S., 30 or so were planned or built outside his home country. Of the 10 or so designed for locations in Japan, only six were actually constructed. And of those, only Yodoko Guest House and Jiyu Gakuen Myonichikan in Ikebukuro, Tokyo retain their original form today. 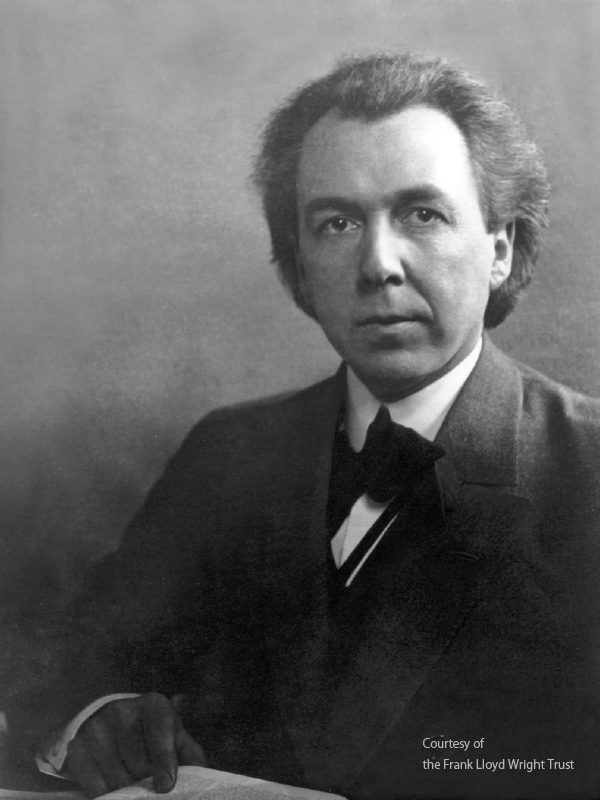 Arata Endo, a trusted acolyte of Frank Lloyd Wright, saw through the construction of Yodoko Guest House. Wright was confident that Endo would faithfully uphold the American’s architectural philosophy.

Endo was born in 1889 in Fukuda Village, Fukushima Prefecture. In 1911, he enrolled in the Department of Architecture at Tokyo Imperial University. During his time there, he made several important connections. He met Niro Hoshishima, the son-in-law of the Yamamura family whose house Wright would later design. Endo also met Aisaku Hayashi, general manager of the Imperial Hotel. Hayashi introduced Endo to Wright when the American was looking to hire Japanese staff.

Endo accompanied Wright to the U.S. in 1917 and studied at his Taliesin studio for a year and eight months. When construction began on the Imperial Hotel, Endo worked as chief assistant. After Wright returned again to the U.S. in 1922, Endo oversaw completion of the hotel project with Japanese staff. In a similar fashion, Endo and Makoto Minami finished off Wright’s work on Yamamura House (Yodoko Guest House) in 1924.

From 1933, Endo traveled between Manchuria (northeast China) and Japan for work. After returning permanently to Japan, he focused on designing school buildings. He proposed school designs to the Ministry of Education under the new post-war school system.

Endo’s most notable works include the Koshien Hotel (now Koshien Hall) and the Mejirogaoka Baptist Church.

Makoto Minami was born in 1892 in Sendai, Miyagi Prefecture. After he graduated from the Department of Architecture at Tokyo Imperial University in 1917, his new employer dispatched him to work on building the Imperial Hotel. Minami worked under Frank Lloyd Wright and alongside Arata Endo, his senior by three years at high school and university. In 1922, when Wright returned to the U.S. and a year before the hotel was completed, Minami and Endo opened the Endo Minami Architecture Creation Office.

In the spring of 1923, Minami moved from Tokyo to Ashiya, Hyogo Prefecture to finish construction of Yamamura House (Yodoko Guest House). The house was completed in 1924. Minami wrote an article on Yamamura House, which was published in a 1925 issue of the Shinkenchiku (“New Architecture”) magazine.
After Yamamura House was finished, Minami set up his own architectural studio in Osaka. In 1933, he went to Manchuria (northeast China), where he partnered with Endo again to run a joint architectural office.

Minami’s most notable works include the Kobe Women’s Welfare Association Hall and Kakokyo (his own residence).